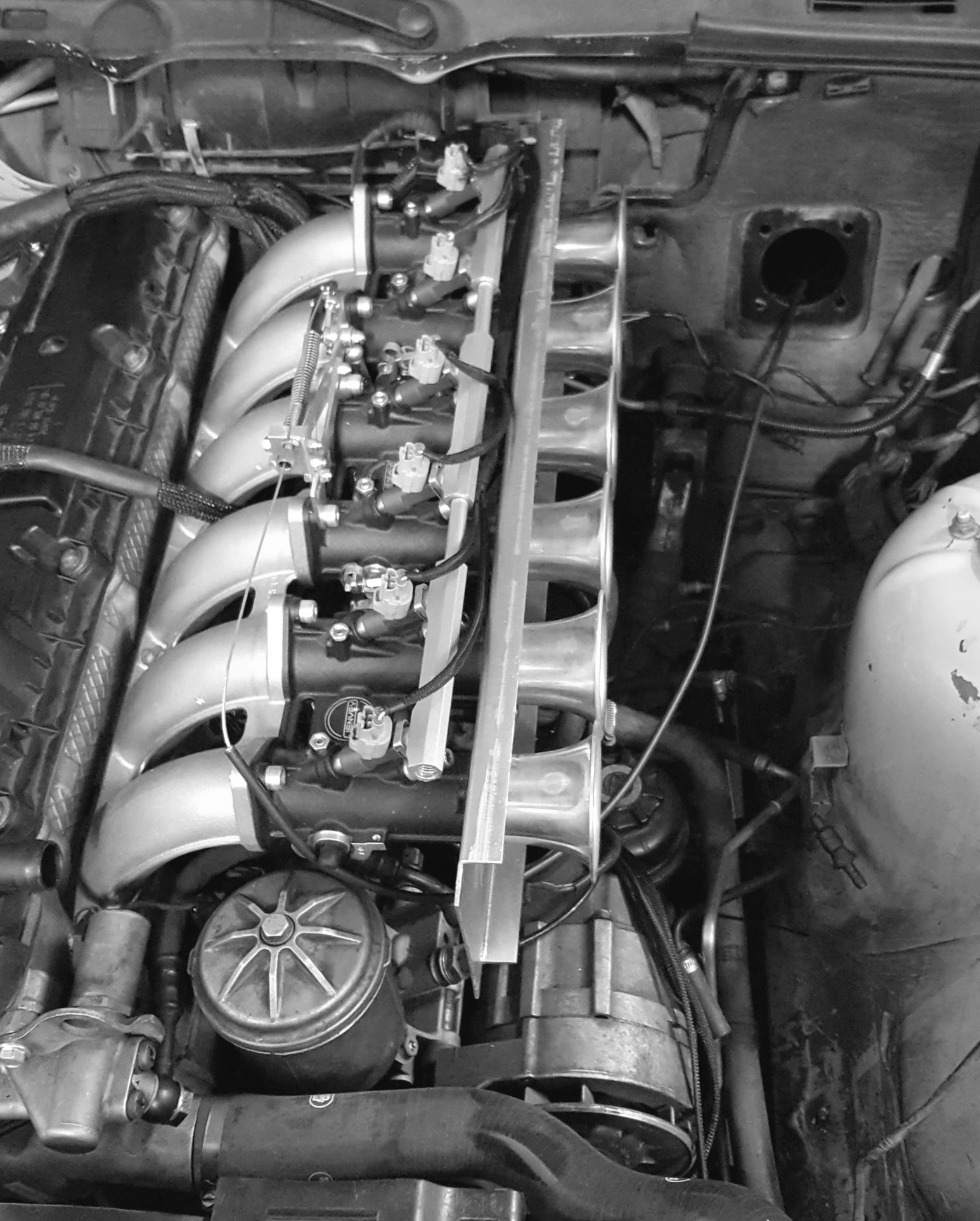 Unfortunately, it is quite common that race cars get left in the shadows. The owners move on, move up or move out, but cannot always let go. So, cars sit, they collect dust, waiting.

Some fine friends of ours are putting a mothballed e36 M3 track car back together. A car that has long since seen the sight of warm tarmac. The NA S52 needed some freshening up, part of this work would be the fitment of an ITB intake system. We were asked to come in and help finish the intake system. The ITB and head flange set-up used here is the Jenvey Dynamics assembly.

Given that this car is going to be out on the track braving hot Canadian summers, the ITB’s cannot simply be open to the bay as this would quickly lead to some fairly sluggish performance. Our job is to design and manufacture a plenum style air box.

After taking some clearance measurements in the engine bay, the base flange was modeled and critical clearance points were added. The first features for the plenum were the four inch inlet location and the base flange mounting section. The base flange is simply a formed aluminum plate which fastens between the throttle body bank and the inlet trumpets. Later on, drilled and tapped aluminum strips will be welded into the base flange to allow us to fasten the plenum to the flange. 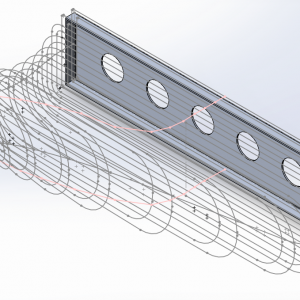 Plenum shapes are generally not too difficult to design and model, with this unit though, the trick would be starting with a rectangular base section and finishing with a circular inlet.

After some solid refining of the base geometry was completed, the prototype plenum shape was modeled. I say prototype, because prior to finalizing the model, some test fitment would have to be done. For this project we will develop two final plenum constructions for comparison. The first will be completely 3-d printed from plastic, the second will be a composite test unit laid up in either carbon or Kevlar.

Our 3-d printing limitations are that of size restraints. We cannot print objects which exceed a cubic foot in size. For the plastic construction, the plenum would have to be created in three sections.

The first order of business however, would be getting a prototype piece completed to check fitment and inlet port location. 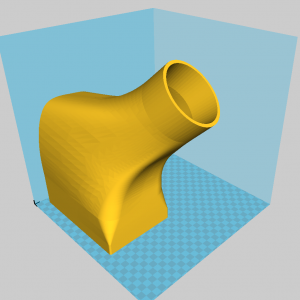 The critical section of the three, is the leading section as it dictates the inlet location as well as the rest of the plenum geometry. Loading the first section into the printing code generator it is clear how large this part actually is. The build volume shown, surrounding the first section is the cubic foot we have to work with.

A few lifetimes later, we have our prototype section complete. Whats neat (at least to us) about this part is how visible the model mesh sections are. When exporting a model file for the printing code software, the models mesh size must be defined, much like when the mesh size is selected during structural or fluid flow FEA. For this prototype section, the mesh size used was quite large to reduce the element detail, in turn, reducing print time.

Getting the prototype section into the car, it appears our plenum geometry and inlet location will not cause any interference problems. With the base geometry and plenum design completed, the final models for the part can be created.

Moving forward, mold sections will be modeled and printed. These sections will be mated together, giving us a workable mold to use for our composite lay-up. Following this we will create the completely 3-d printed unit by modifying the design to give us section joints which will easily fasten together and seal.

Be sure to check-out Jenvey Dynamics ITB assemblies.

Stay tuned for updates on the next stages of this project.